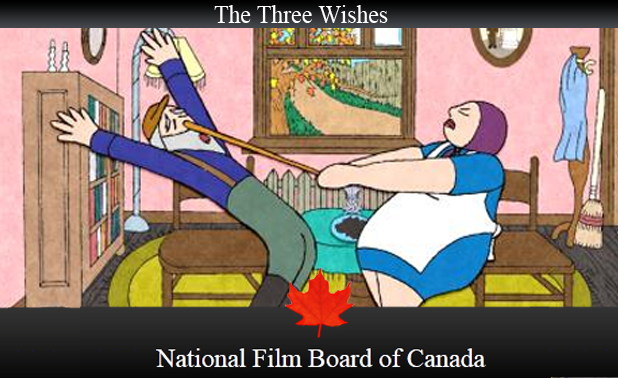 A short animated film by Sheldon Cohen, adapted by Aubrey Davis and set to music by Klezmer group Beyond the Pale.

Distributed by National Film Board of Canada.

Based on a traditional folk tale, The Three Wishes is about a poor couple who try to decide which of their dreams should come true after being granted special powers.

“In a time where animation seems synonymous with violence, NFB’s groundbreaking concept of entertaining the viewer and teaching at the same time would make this a great film to show in a classroom setting, or even a Sunday school session (of any denomination!).” AnE Vibe, July 2007 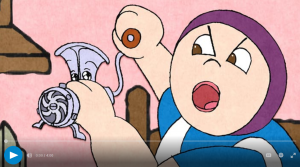