KNOWING HOW TO KNOW: Review 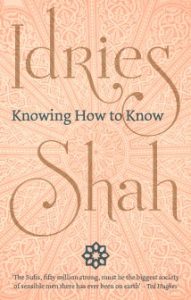 Knowing how to Know shines light on “eastern” traditional and “western” scientific concepts unfamiliar or misunderstood in our culture. Best read with an open mind, it’s loaded with clear thinking; common and uncommon sense. It presents a rare opportunity to observe and familiarize yourself with the obstructions to and preconditions for learning & personal growth. It reveals what we might otherwise miss including our own reactions to the book itself.

Here’s a tiny taste: “…the general public should absorb the facts of mind-manipulation. Failure to do so has resulted in an almost free field for the cults which are a bane of Western existence. In both East and West, the slowness of absorption of these facts has allowed narrow, political, religious and faddish fanaticism to arise, to grow and to spread without the necessary ‘immunization’. In illiberal societies it is forbidden to teach these facts. In liberal ones, few people are interested: but only because mind-manipulation is assumed to be something that happens to someone else,